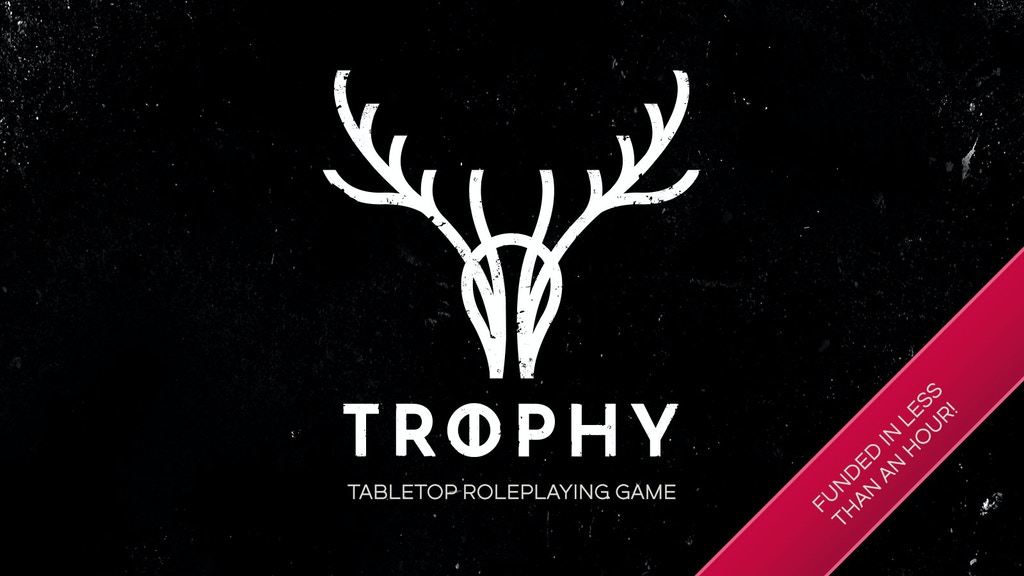 We have a ton of information for you this month, so let's dive right in...

Last year, we released a special podcast series featuring an actual play of The Flocculent Cathedral. We also released two special discussion episodes in that feed. For many of you, this podcast feed was your introduction to Trophy.

We're delighted to announce that The Trophy Podcast is getting expanded in a major way. There are currently 3 new series in production for this podcast feed. Here's an overview of each of them.

How to Run Trophy Gold

In this limited series, publisher Jason Cordova breaks down the key concepts and ideas behind Trophy Gold, and gives you the basics for how to run the game. The first two episodes in this series, "Anatomy of an Incursion" and "Set Goals and Hunt Rolls" are available in the feed right now. The third episode, "Combat and Risk" will be out a little later this week.

This is the official Trophy Gold actual play series. In this one, Jason Cordova, Gabriel Robinson, Bethany Harvey, and Raji Purcell will be playing through the Hester's Mill incursion, which was released to backers last month. If you want to see how a really excellent game of Trophy Gold goes, give this a listen. The first two episodes will be out the first week of May.

This is a new discussion series that will be in The Trophy Podcast feed. Inspired by the old Discern Realities podcast for Dungeon World, The Sixth Ring will have the following segments each episode: Setting Out (a quick recap of a game of Dark or Gold recently played); Clawing for Gold (spotlight a piece of 3rd party content for Trophy); Into the Forest Dark (gameplay and theory discussion through the lens of Trophy); Woven on the Loom (original content from the hosts you can use in your games); and Desperate & Doomed (short, ongoing actual play segment). The hosts of the show are Judd Karlman and Jason Cordova.

Basecamp projects are up and running

Work on the text of the books is progressing nicely and we fully expect to have the final PDFs ready by late Fall/early Winter.

The dark dice are complete and fully manufactured. After several attempts, we have light dice that we're happy with. The gold dice are also looking really good. The Hunt Roll token samples are gorgeous and those will be entering production soon. Below are pics and videos (be sure to zoom in on the light dice to see the bone-like detail).

We'll be opening up Backerkit fairly soon. This is where backers can make their final selections and pay for shipping, and non-backers can pre-order items. We're hoping to have Backerkit launched by some time in May.

We're ending with a very exciting announcement: The Hills Press, a famed publisher and translator of indie TTRPGs, will be publishing Trophy Dark, Trophy Gold, and Trophy Loom in Spanish! Check out their creepy trailer below:

Hello! We have a number of updates for you today, so let's get going!

Sunken and Oligarchy are now on Kickstarter

Sunken is a game of nautical horror, Rooted in Trophy. It features some truly stunning etched line art. Click on the image below to check it out!

Oligarchy is a game of political folly, Rooted in Trophy. You play as rotten bastards: corrupt politicians, decadent aristocrats, and other greedy elites. You are each determined to maximize your own wealth and comfort while your actions tear society apart around you. Eventually, society will tolerate your abuses no more.

You have unlocked two more stretch goals: Virtual tabletop tools and The Rime Palace. That brings our total number of stretch goals unlocked to SIXTEEN (!!!)

Up next is Cry Wolf, a single-session Trophy Gold incursion designed to teach the game to new players.

Here is where we stand on our three social goals:

58 of the 100 #DoomedTreasureHunters to unlock Weapon Generation Tables

The Trophy Gold incursion contest is now LIVE! It runs until April 13th, 2020. You can check out the details here.

What it's like to be a GM in Trophy

Jason recently shared some thoughts on Twitter about what it's like to GM Trophy Dark and Trophy Gold. It's a fairly in-depth thread, with lots of great, practical insight. Check it out here.

As always, thanks so much for continuing to spread the word! Less than 12 days to go!